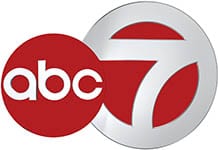 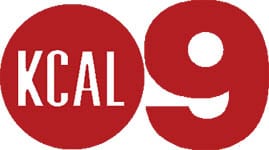 Unless you live in Los Angeles, you’re probably well aware that you’re living in earthquake territory. As a result, retrofitting your home or repairing your foundation to make sure your house can withstand an earthquake is not just a good idea, it’s a must.

As a homeowner, your home is probably one of your biggest investments–so it’s important to protect your investment wisely. On average, retrofitting your home costs are between1%-3 percent of the value of your home–a small price to pay when it comes to keeping your home safe during and after a major quake. Only think about what it would cost if your home were to slip off its foundation? You’d lose your home and all your valuables inside, not to mention the risk of death or injury to all who live there.

Structural engineering has come a long way in the last 40 years, which is why, if your home was built before the mid-1970s, your home foundation has most likely been incorrectly installed and has no safeguards to protect its structure from the side-to-side and back-and-forth shaking of a major earthquake.

To retrofit your home, a foundation repair company–like Weinstein Construction–will first schedule an inspection to look at the foundation of your home and its general structure. When an earthquake is required, this usually means that your house needs to be anchored to its base.

To order to do this, a foundation repair professional must tie the house to its foundations using foundation plates and anchor bolts.

The homes that sustained the most damage after the earthquake of 1994 were those that did not have modern structural measures, such as bolts and frame anchors, to stabilize the property at its base.

Even if your house has these features, they can be worn out over time, leaving your foundation exposed to earthquake damage. The deterioration of the base may also cause a prior retrofit to cease to be successful.

It is now more necessary than ever to be vigilant in the planning and protection of earthquakes. Weinstein Construction is an expert in the inspection, repair and replacement of the Los Angeles Foundation.

Weinstein Construction has inspected more than 75.000 structures, working with engineering firms and local construction and safety departments. Over the last five years, the company has done more ground reconstruction and earthquake retrofitting in Los Angeles than any other business in the country.