Seismic activity in Los Angeles is nothing new, Southern California has been waiting for “The Big One” for years. This is something that the Californians have to contend with, but in 2015, the City of Los Angeles passed Ordinance 183893 and Ordinance 184081 creating minimum requirements for soft-story buildings that are deemed to be at risk of structural failure during the earthquake.

The aim of these laws is to promote public safety and mitigate structural deficiencies caused by earthquakes in the most affordable and feasible methods The City of Los Angeles Department of Building Safety or LADBS has spent over two years compiling a list of soft-story buildings that will need some kind of seismic refurbishment. The Los Angeles Soft Story Retrofit Plan details all the structural specifications to be achieved by 2022.

The map below, courtesy of the Los Angeles Times, shows the number of soft story buildings that meet the criteria for the mandatory seismic refurbishment. It also shows a high concentration of soft-story buildings in Hollywood, West Los Angeles, and San Fernando Valley. Such

What is a Soft-Story Building?

You may not know what a soft story building is, but it’s easily recognizable. A soft-story building is any multi-storey building in which one or more floors have windows, wide doors, large unobstructed commercial spaces, or other openings in places where a shear wall would usually be needed for stability as a matter of earthquake engineering. A traditional soft-story building is a three-or more-storey apartment building situated on the ground floor with wide openings, such as tuck-in parking garages, or any other large openings.

The first floor is considered weak since sufficient shear walls are lacking. The small beams covering the open parking area are not strong enough to support the entire structure during violent shaking. For the same cause, several hundred soft-story apartment buildings collapsed during the 1989 Loma Prieta and 1994 Northridge earthquakes. The first floor of these soft-story buildings could not withstand the shaking of the Northridge Earthquake and collapsed over the parking garage, while the upper floors remained intact.

You’ll need to retrofit if:

Soft-story apartment buildings built anywhere between 1950 and 1980 do not comply with current seismic codes and require seismic refurbishment to withstand earthquakes. This is especially true of buildings that are built near and along fault lines. The California Geological Survey recently identified new faults impacting West Los Angeles and Santa Monica. Every apartment building constructed before 1980 is likely to be part of the 13,500 soft-story buildings listed by the Department of Building Safety in Los Angeles. This is especially true of any apartment building in West Los Angeles or San Fernando Valley, because these buildings are older and may have been constructed along fault lines. If you want to know if your building is required to comply with the soft story refurbishment plan, you can contact us to check if your property is on the list.

The process of seismic retrofitting is not complex, but it is long and loud. The first move is to ensure that all design and engineering proposals accepted by LADBS comply with the current seismic code. Once the plans have been approved, the construction of the city will begin. You’ll need to give your tenants notice because they’re going to be affected by the building. When work has begun, trenches are dug so that new steel beams can be placed. Usually, steel beams are built to replace wooden beams and reinforce the soft base. Depending on the size and configuration of your house, residents may need to leave their apartments for a couple of days. 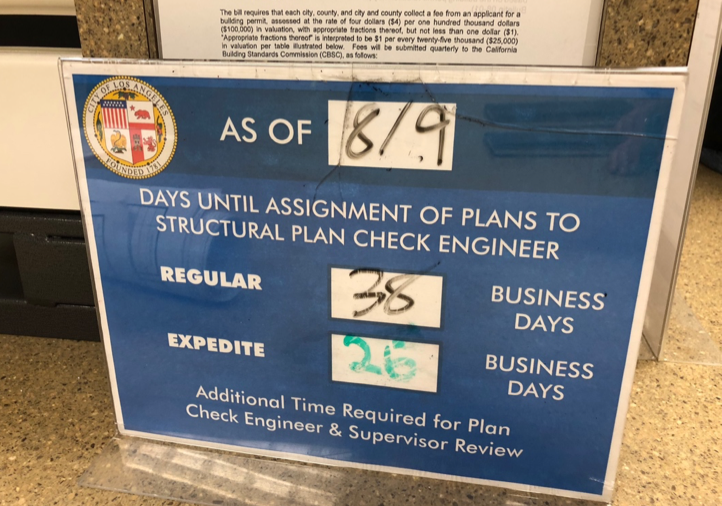 How do I know if my foundation can be repaired?

Do I have foundation issues that need to be repaired?

What is the average Los Angeles soft-story retrofitting cost?