Los Angeles Retrofit Companies: Is your business using a fault map up to date? 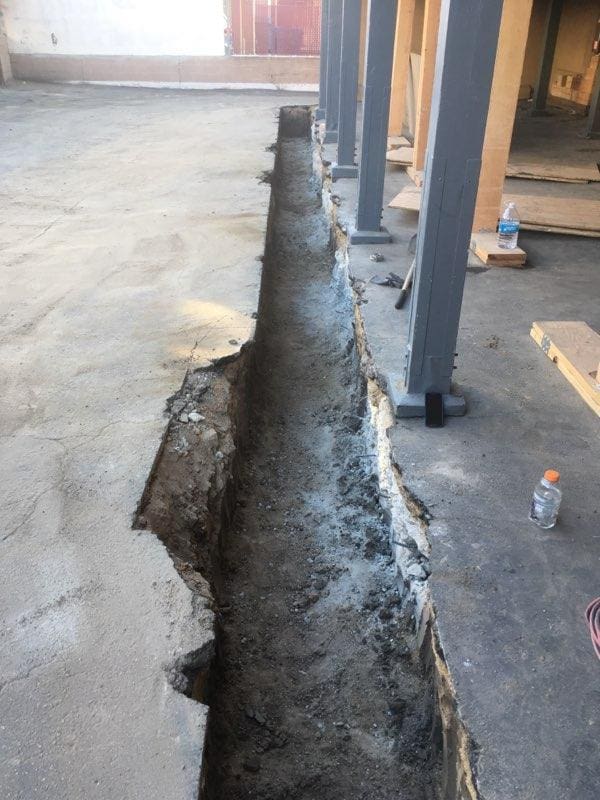 On October 18, early in the morning, a 3.7 earthquake struck Compton. Thankfully, this severity is not enough to cause any significant harm. But the earthquake is a warning that everyone should be alert in the San Fernando Valley. Now is the time to employ one of the many retrofit companies in Los Angeles if you haven’t begun your retrofit.

The early morning tremor was centered in Compton, but felt all the way to Orange County, according to the US Geological Survey. The center was only two miles away from an established Newport-Inglewood fault line. This same fault ruptured back in 1933, resulting in a 6.4 earthquake resulting in 120 deaths.

Over the years, advances in technology have enhanced the monitoring and forecasting of earthquakes by geologists and scientists. They can take data gathered over months and years and use it to create simulations that will help them predict when the next quake is likely to hit and how much damage can be expected. In addition, new technology has helped to identify and chart new fault lines.

5 Major fault lines in or around Los Angeles Nearly 100 fault lines run beneath Los Angeles County. And for all those that have been mapped, there are likely more that have not yet been identified. One that was suspected was the fault line responsible for the 1994 Northridge Earthquake. So many new faults have been identified over the past few years that the state of California is now mandating the creation of new fault maps.

Such new maps would directly impact the city’s new tower. Both Los Angeles retrofit earthquake contractors need to get their hands on these new maps. Many of these new fault lines could have a direct impact on the ongoing retrofit projects as part of the mandatory seismic regulations of LA. Five major fault lines that are likely to erupt in the near future have been identified at the moment.

San Andreas Fault The San Andreas is the most common fault line in Southern California. This fault, which will cause California to fall into the ocean, has been forecasting a major earthquake for years. Hollywood has done a lot of movies and television shows about it. Scientists also accept that the San Andreas is highly unlikely to produce a sufficiently large earthquake to split the country from the continent.

The San Andreas’s last major earthquake was 162 years ago. Recent research shows that a major break at the southern end is due to the fault line. But it is difficult to predict exactly when an earthquake will occur. The San Andreas ‘ median duration of quakes ranges from 44 to 305 years. A simulation was done in 2017 and estimated that $200 billion in damage, 50,000 injuries, and 2,000 deaths could result from an earthquake on this 7.8 fault.

Puente Hills Thrust Located in 1999, Puente Hills Thrust is believed to be the most dangerous fault in LA by many experts. This fault runs through Downtown and Hollywood’s center. The Puente Hills Thrust runs at a diagonal angle, unlike many of the other faults known as slip-strikes that move vertically. A major quake on this fault will threaten all city government departments, if not completely stopped. This fault lies with both the City Hall and the Emergency Operation Center.

Newport-Inglewood Fault It is also known that the Newport-Inglewood fault is more severe than the San Andreas. It runs in Southern California directly below many cities. So far, it has been mapped to the coast of Orange County from the Westside of Los Angeles all the way to Long Beach. Geologists assume that the fault of the Rose Canyon that runs down to San Diego may also be related.

Geologists have determined in a simulation in 2017 that the Newport-Inglewood fault is likely to break in connection with the fault of the Rose Canyon. Working together, these two faults could create a 7.5 earthquake that would affect a trail across the county with gas and oil facilities. Major facilities could be affected, such as the Inglewood Oil Field and the LAX fuel storage.

If this were to happen, it would be hard hit for supplies of oil. Electric vehicle owners would be spared, but this lack of gas may limit commercial truck drivers, residents, and major airlines. That’s why Los Angeles has the country’s largest fleet of electric vehicles. Fuel shortages could also have an impact on the work being done by the many Los Angeles retrofit companies.

Palos Verdes Fault Running from Orange County to Los Angeles Harbor along the coastline is the Palos Verdes Fault. In 2017, the U.S. Geological Survey estimated that the port could be decimated by a 7.3 or larger quake. Such destruction would have a direct impact on the country-wide flow of goods, food and medical supplies. Approximately 20 percent of all goods imported into the U.S. travel through the Port of LA. This same analysis indicates an estimate of just over 2,000 buildings that will be destroyed and the risk of killing 200 people. The port is undergoing a seismic retrofit as part of the city’s plan to create a more robust environment. One way that Los Angeles earthquake contractors do this is by applying more concrete to the most vulnerable areas of the port.

Santa Monica Fault Many of the new maps made of fault lines over the past year indicate that the Santa Monica Fault is longer than expected. This longer fault brings with it the potential for a larger earthquake than originally thought by geologists.

The fault is now shown to extend past the UCLA medical center from Santa Monica and end very close to the complex of Cedars Sinai. In addition to making it difficult for anyone injured in the earthquake to be able to get care, a large earthquake on this fault could seriously impact patients in the medical centers.

Hollywood Fault The Hollywood Fault is one of this year’s mapping of new faults. It runs into the Hollywood Hills below some highly residential neighborhoods. A major earthquake on this line of failure could result in property damage worth millions of dollars and thousands of injuries.

Many of the communities on this line of failure are high risk of landslide. If the ground gives way during an earthquake, people may be trapped because of collapsed driveways or canyon roads that are cut off and impassable for any kind of vehicles. Residents in these types of neighborhoods are recommended by experts to have a plan in place to evacuate or navigate around obstacles when a disaster strikes.

Retrofit Companies Los Angeles What are you waiting for if you haven’t hired a company yet for your retrofit project? The quake of this month should be an indication that time may run out. Not only is the time limit fast approaching for the LA soft-story retrofit project, but no one knows when a major earthquake is likely to occur. The assumption that it will happen is what all the experts can agree on.

Many retrofit companies have appeared throughout the city since the seismic system was rolled out in 2015. When it comes to hiring one, take the time to find a good one for your land. Many of these newcomers are going to offer you a great price, but they don’t necessarily provide a great upgrade.

It should be at the top of your preparedness list to get your assets ready for a major earthquake. It is not only necessary for residents of LA and property owners, but an earthquake retrofit can also save you hundreds of dollars in future maintenance and save the lives of the people you love. Weinstein Construction is one of the leading companies in the country.

Weinstein Construction is one of Los Angeles ‘ top retrofit firms. The resilience of many apartment complexes and soft-story structures across the city has been improved by our professionally trained contractors. To get you started, we offer a free first consultation. Once this is done, we will provide you with a detailed work plan that will include retrofit options for your house, an approximate work price, and a timeline for completion.

We know the process of retrofitting can be frustrating and lengthy. Each step of the way we will work with you. We perform the retrofit project, the building permit request, complete and submit the THP, and even contact the city inspector at the end of the job. Please give us a call today if you have any questions.